Back to "Trading Cards" Main Page

About This Series
Go To The Cards


About This Card Series:   It's a shame this trading card series didn't catch on.  I thought these were VERY well done.  The artwork was awesome, and I loved the embossed printing that gave every card a 3-D effect.  I believe this was an attempt to keep Marvel trading cards going on an annual basis.  The "regular" Marvel trading card line, Marvel Universe, had series' from 1990-1994.  The "special" Marvel trading card line, that featured supreme artwork, was called Marvel Masterpieces and ran from 1992-1996.  A "so-so" revival of that line ran from 2007-2008.  Quite frankly, I don't know why this series didn't take and why there wasn't a Marvel Vision Series 2.  I do think this is one of Marvel's most interesting card series.

There were 100 cards in this series.  The four major themes of this series were Fantastic Four, Iron Man, Spider-Man, and X-Men.  The cards were split up as such:


There were four different Mini-Mags with this series; 1 came in every pack:  Fantastic Four, Iron Man, Spider-Man, X-Men.  There was also a special card called Encryptalyzer, which came 1 in every 6 packs.  There were 16 different rub-on tattoos, 1 in every 3 packs.  Some of these tattoos were used in the later "X-Men" trading card series of 1997.

Featured Cards:  I won't display every card from a series because I don't think every card in a series is necessarily attractive or otherwise special.  What you'll see here are some of the cards of characters I like best.  I hope you enjoy these cards, too! 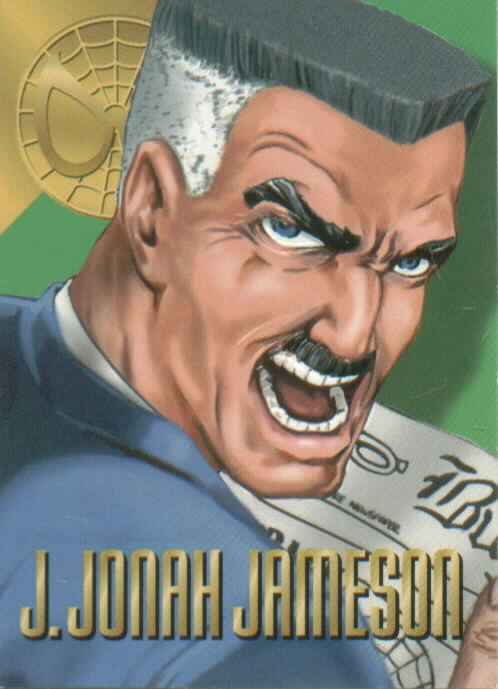 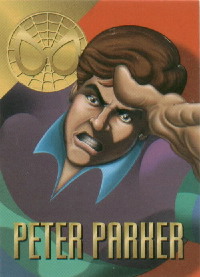 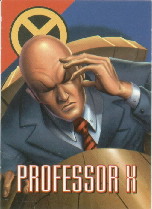 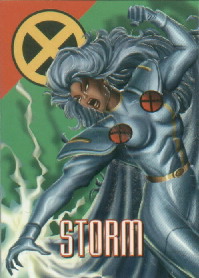 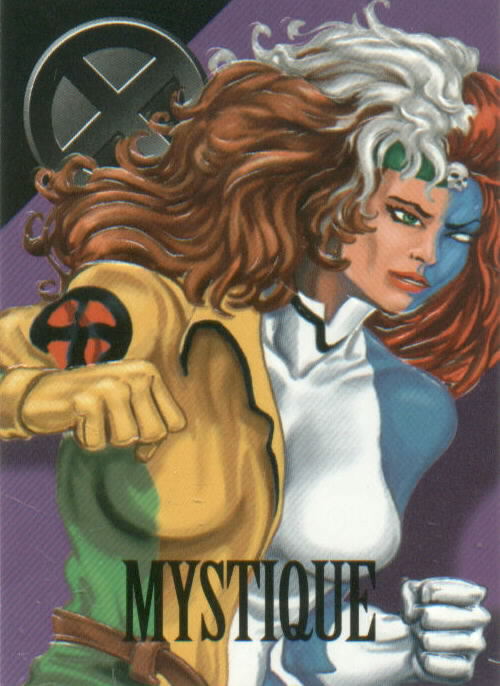 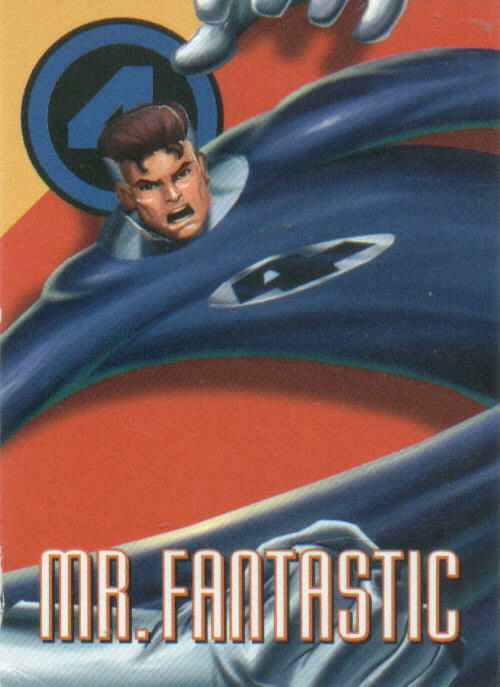 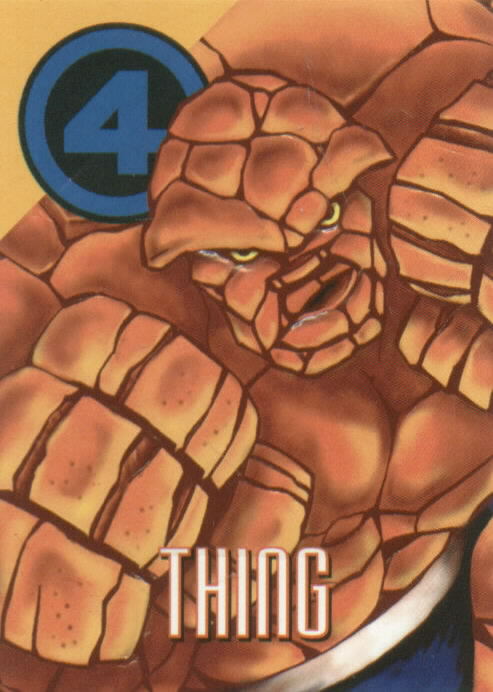 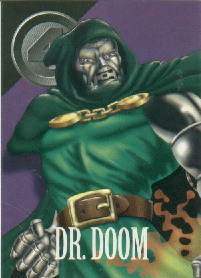 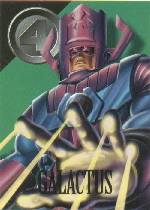 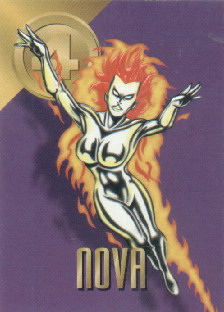 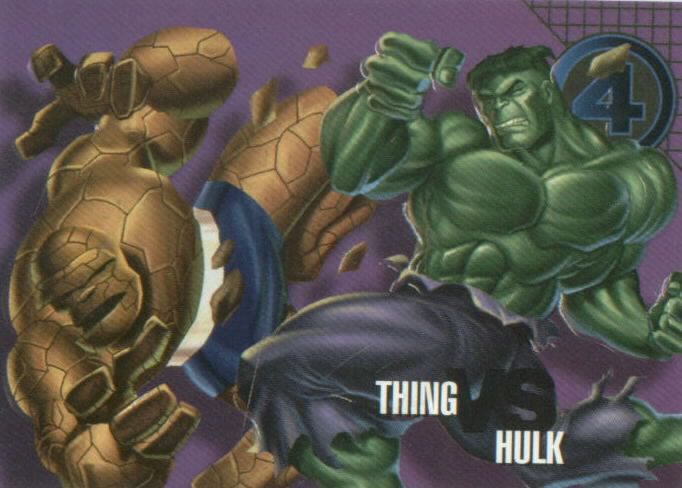 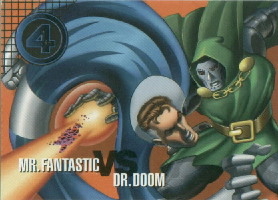 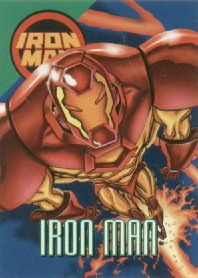 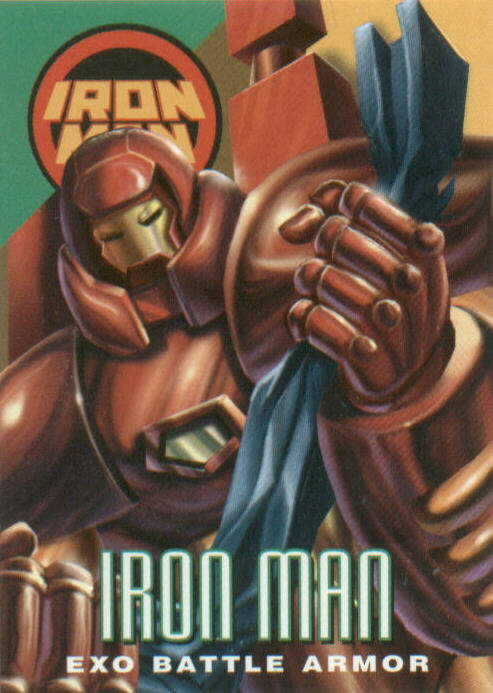 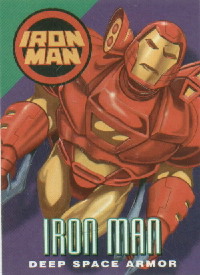 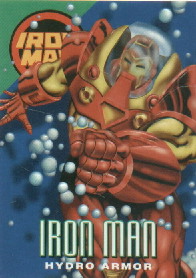 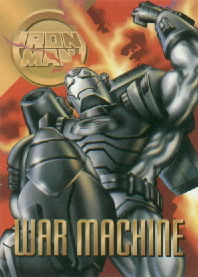 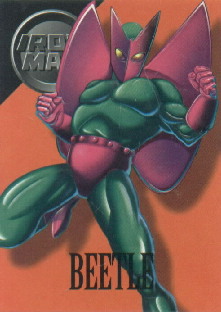