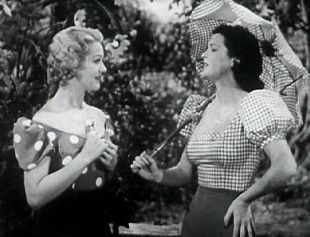 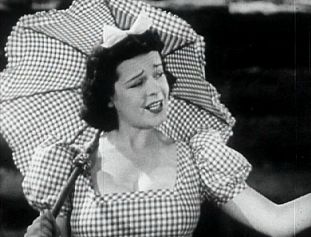 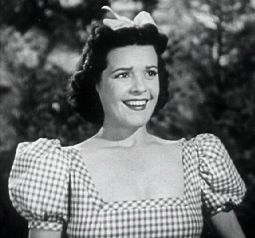 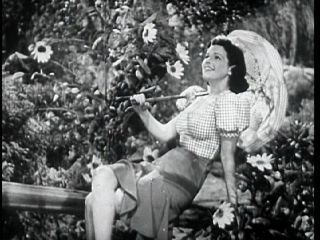 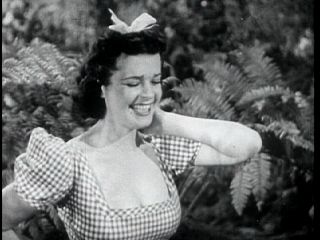 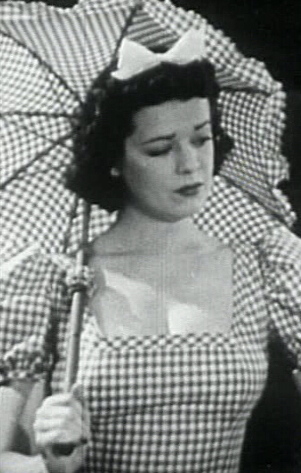 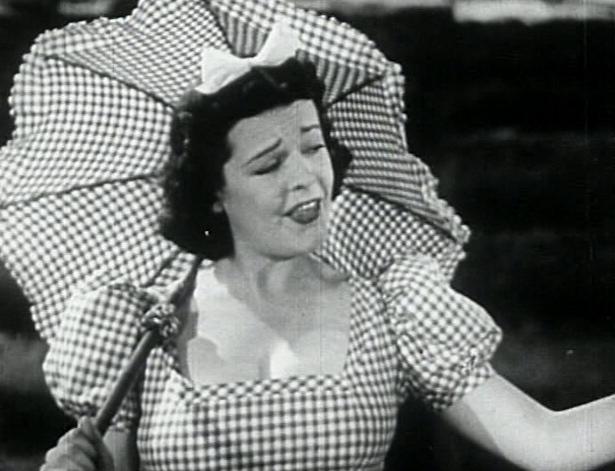 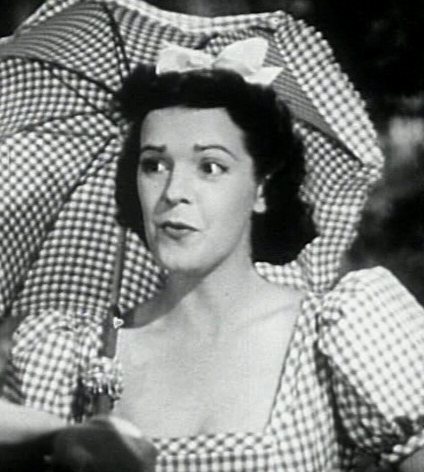 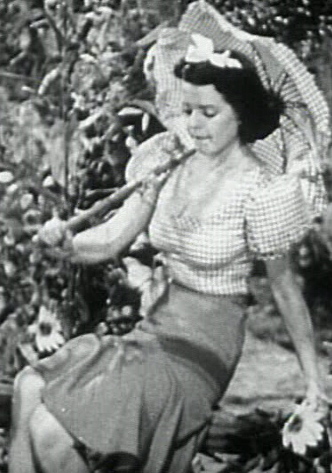 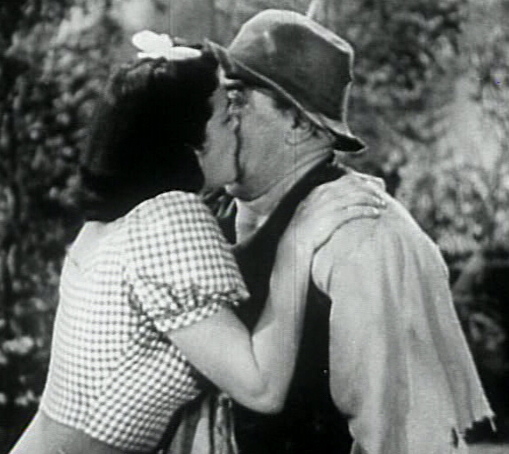 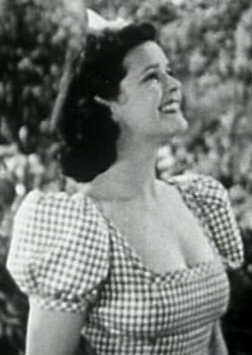 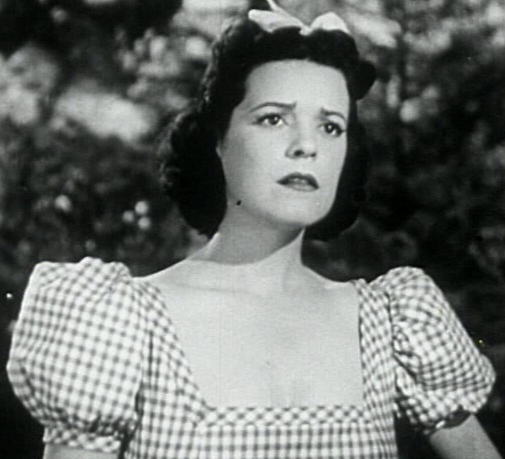 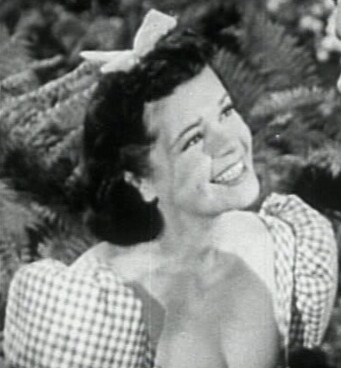 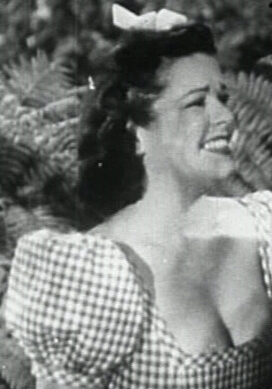 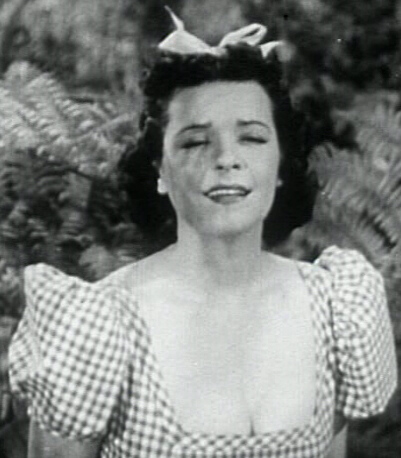 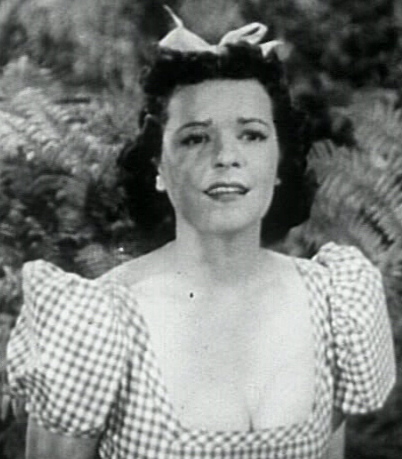 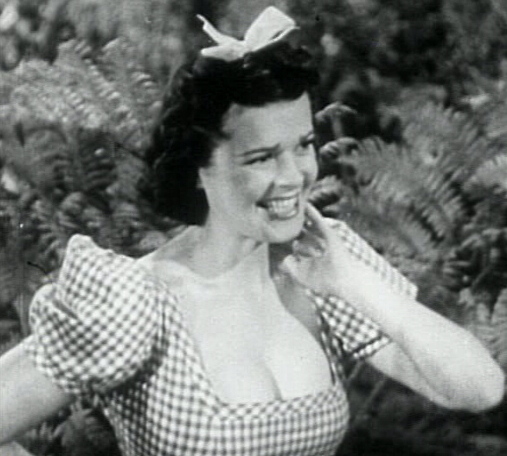 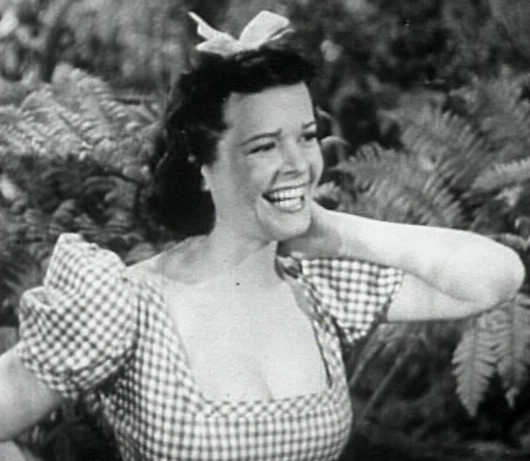 Another great character in this film is Cousin Delightful played by Billie Seward.  She's the ravishing brunette beauty who tries to steal Abner away from Daisy Mae in the guise of helping her win him.  Delightful can turn any man's head, but Abner's.  When she starts to get through to him, Daisy becomes insanely jealous and clubs him on the head.  Not realizing he was hit, Abner thinks this is what kissing is supposed to feel like.  "Ah hated it!" he tells Delightful.  Although Daisy saved him from Delightful, she didn't do herself any favors by reinforcing Abner's anti-love feelings.  Cousin Delightful is a fancy Southern belle, coming all the way from that exotic town of Pineapple Junction.  After her one and probably only male refusal, she leaves Dogpatch and we don't see her again.  Although not crucially important to the plot of the film, Cousin Delightful is a great, funny character that gives us the idea that women fight over Abner.     Seward was born October 23, 1912 in Philadelphia, Pennsylvania, USA.  She died on March 20, 1982.  She made a lot of movies from 1934 to 1944.  Surprisingly, she only made two more movies after "Li'l Abner".  One in 1941, the other in 1944.  The bulk of her work was done in 1934-1935.  She came back to movies in 1939 and practically finished up in 1941.  1944 saw one last fling with filmdom before she dropped out.  Seward was a great comedic actress who, I feel, had plenty more to offer.